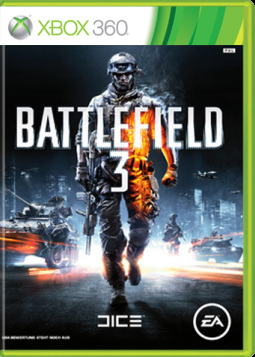 If you've been anywhere where there's advertising in the past few months, you've no doubt seen an ad for one of this years blockbuster first person shooters.  With all of these ads claiming that one is better than the other, you're probably wondering which game is the better buy.  The answer is simple, they're pretty much all the same.  Really, the stories are basically in the same setting of world war 3, with similar meaningless characters.  This review however is not going to tell you which one is better.  This review is strictly for Dice's newest game, Battlefield 3.

Battlefield 3 is by no means a unique game.  It has an unoriginal story, with gameplay elements and character personalities that have been used time and time again in modern day first person shooters.  With that being said, it is by no means a bad game.  The action is still exciting, and the campaign is short enough that you can forgive the unoriginal story.

The basic idea for the story in Battlefield 3 revolves around Iran somehow getting their hands on nukes and starting World War 3.  The United States and Russia are seperately working in Iran, France, and the United States to try to keep these attacks from starting even more chaos than they have already created.  It's not an original story by any means, but it's unique enough to make it worth the playthrough to see what happens.

The gameplay is pretty unoriginal as well.  You usually just follow the standard rule of first person shooters: enter a room, clear it, and move on to the next area.  Dice did throw in a few different gameplay types, like giving you control of a tank and letting you take off in a fighter jet.  These sections broke up the monotony of the main game nicely, and helped add a little different perspective and depth to the story. 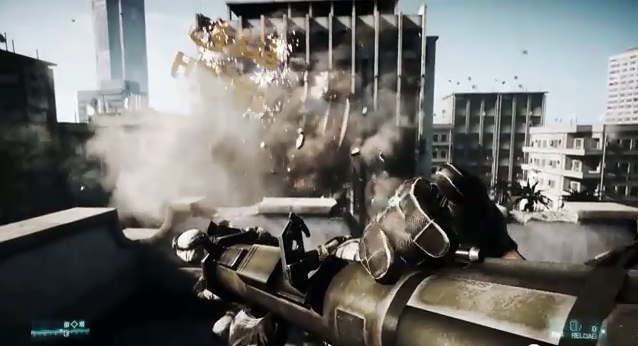 "I think I managed to take out the sniper"

The unoriginal gameplay however is pretty much what makes this game so damn good.  When I play a first person shooter, I want to have crazy scenarios where I have to run into a room with 20 bad guys that I have to take out single handed.  I want a story that's been done before, then there doesn't need to be some insane back story for me to read so I have to figure out what's going on.  I basically just want to run around and be some badass military hero who can take 30 shots without dying.  I want to be able to take out hidden snipers by blowing up the whole damn place they're hiding in.  This is exactly what a game like this is supposed to be.

If you've read any reviews for this, you already know that most people don't buy this game for the single player campaign.  It's the multiplayer that really grabs people's attention.  In fact, it's this element that makes Battlefield 3 so unique when it comes to other first person shooters.