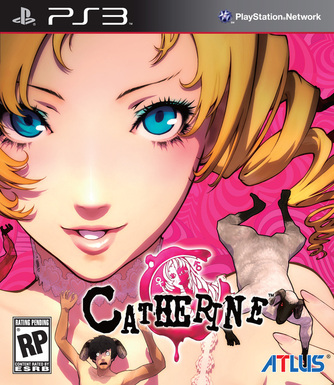 When you think of a typical JRPG, many games may come to mind.  Among those at the top of the list, is the Shin Megami Tensei series, commonly called the Persona series.  These games, from developer Atlus, have offered many very strange yet enjoyable experiences since 1987 on the Nintendo Entertainment System.  They have made their way onto almost every system since then.  However a High Definition game from Atlus on any of the current generation of consoles has remained absent, until now.  Catherine lives up to the extremely Japanese anime quirkiness of games put out by Team Persona, while maintaining a very engaging story with brilliant dialogue.  To avoid any confusion, it needs to be mentioned that Catherine is a Puzzle Platformer, not a JRPG like Persona.  However, the storytelling is very similar, so if you are a fan of the stories in the Persona games, then Catherine is definitely one you should pick up.  It manages to be both exactly what you'd expect from Atlus, and something completely different from anything they've ever done.

The story follows Vincent and his girlfriend Katherine (note that's Katherine with a 'K').