Starhawk is bringing back two player split screen, only with a great twist...read more.

Bioshock Infinite Gets A Street Date

After a long wait, we can finally tell you when Bioshock Infinite will be in you hands and how you can get a free copy of Bioshock..... read more 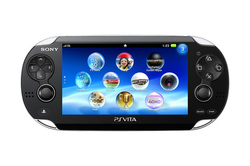 Vita has finally reached the hands of Americans that have been waiting since December to get their hands on one.... read more 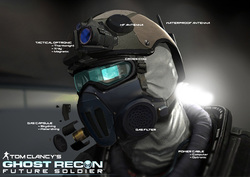 Shooters are fun, but what is the one thing they all have in common? read more

During an earnings call, Ubisoft has confirmed what we have all been waiting for....read more

Techland Has A New Game In Development

The Developers of Dead Island  have a new tropical game in store for us....read more

One of the most highly anticipated titles by EA, Mass Effect 3, which has been delayed a couple of times, has finally gone gold.  This of course means that the final copy has been sent to be pressed onto actual playable disc, so we all hope EA got it right, because there is no turning back now.  According to Casey Hudson, executive producer at BioWare, ".... read more

Combat Style From The Last Of Us

Now that we have all been let in on some of the secrets of The Last Of Us, learning what the story plot is (of which I will not go into to try and remain spoiler free), and now getting light on what combat will be like in the gameplay of The Last Of Us.  A video on Game Informer's site features the game's director Bruce Straley and Creative Director Neil Druckmann going through some of the gameplay mechanics that you will see when playing The Last Of Us.  Remember the cover-based shooting mechanic that Uncharted had?  read more

Here is your weekly update of releases coming to PSN this week.  read more